The Future Series
A platform centered around curiosity and innovation.
STAY informed

Achieving Happiness – A discussion on finding a deeper joy in life 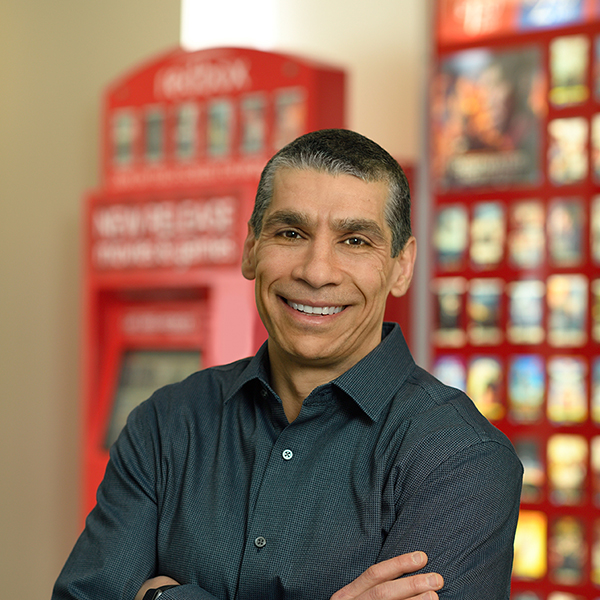 Fusion92 invites you to attend the next Future Series, a monthly gathering of industry thought leaders and trendsetters diving into the future of technology, industries and our world. Our next event will be held on November 14 at 8:30 a.m. Join us for a great discussion, including breakfast and a signed copy of our speaker’s latest book!

This month’s speaker is Ash ElDifrawi, Psy.D. Featured in such publications as The Economist, Forbes, Bloomberg and The Wall Street Journal, Dr. ElDifrawi is co-author of the new book The Ten Worlds: The New Psychology of Happiness, a groundbreaking work on why happiness is so elusive and how to attain it. When he is not researching and writing on the subject, Dr. ElDifrawi acts as chief marketing and customer experience officer at Redbox, is a board member of the Illinois Technology Association and retains his license as a clinical psychologist – giving him insights you’ll want to hear!

The Future Series is learning, interaction, innovation and revelry.

It focuses on topical trends, new technologies, innovative concepts, breakthrough industries and more. As innovation is at the heart of everything we do, it’s crucial that we continually tackle new concepts and become subject matter experts in everything around us.
‍
‍
Where
Fusion92
440 West Ontario Street
Chicago, IL 60654 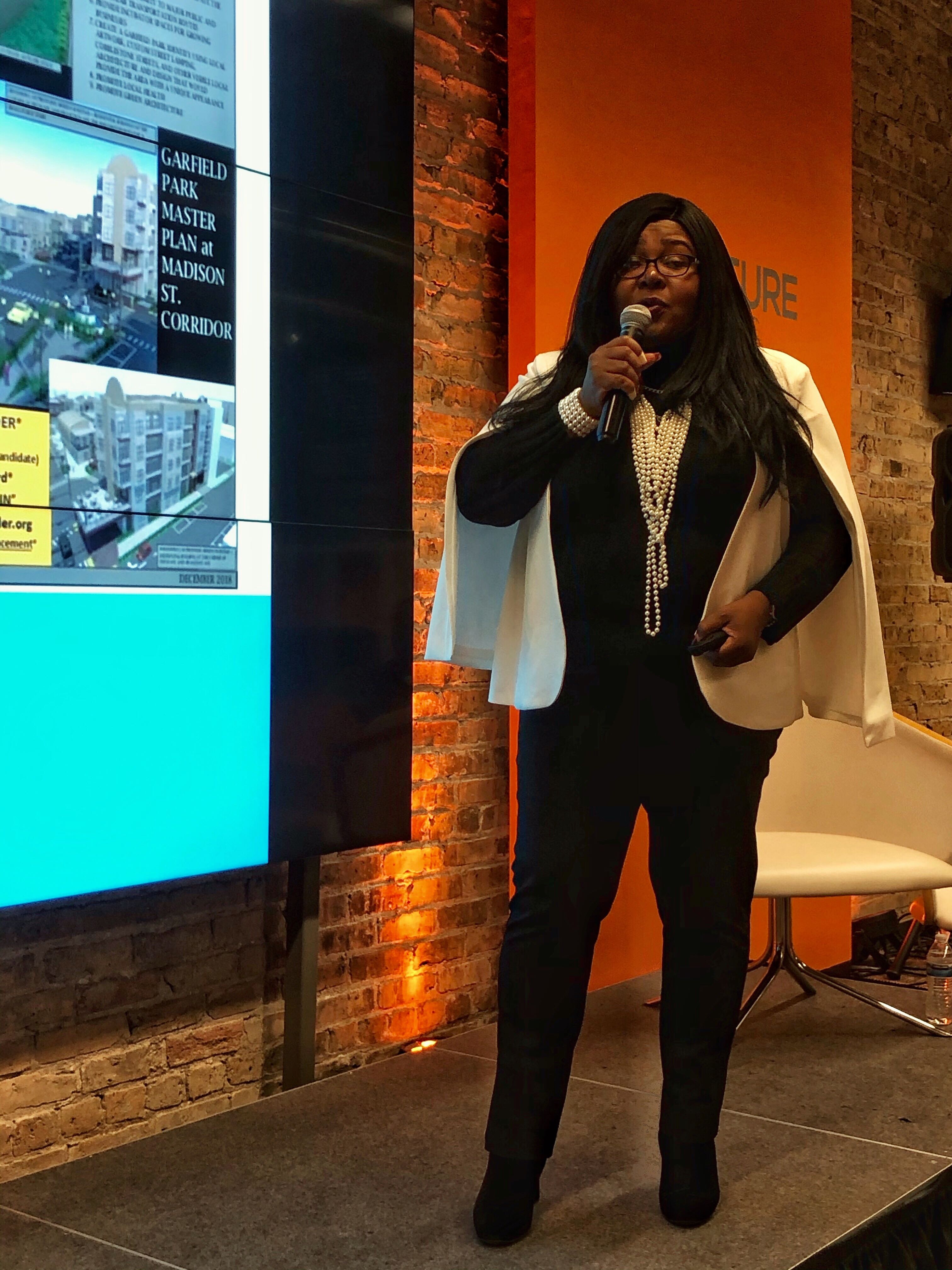 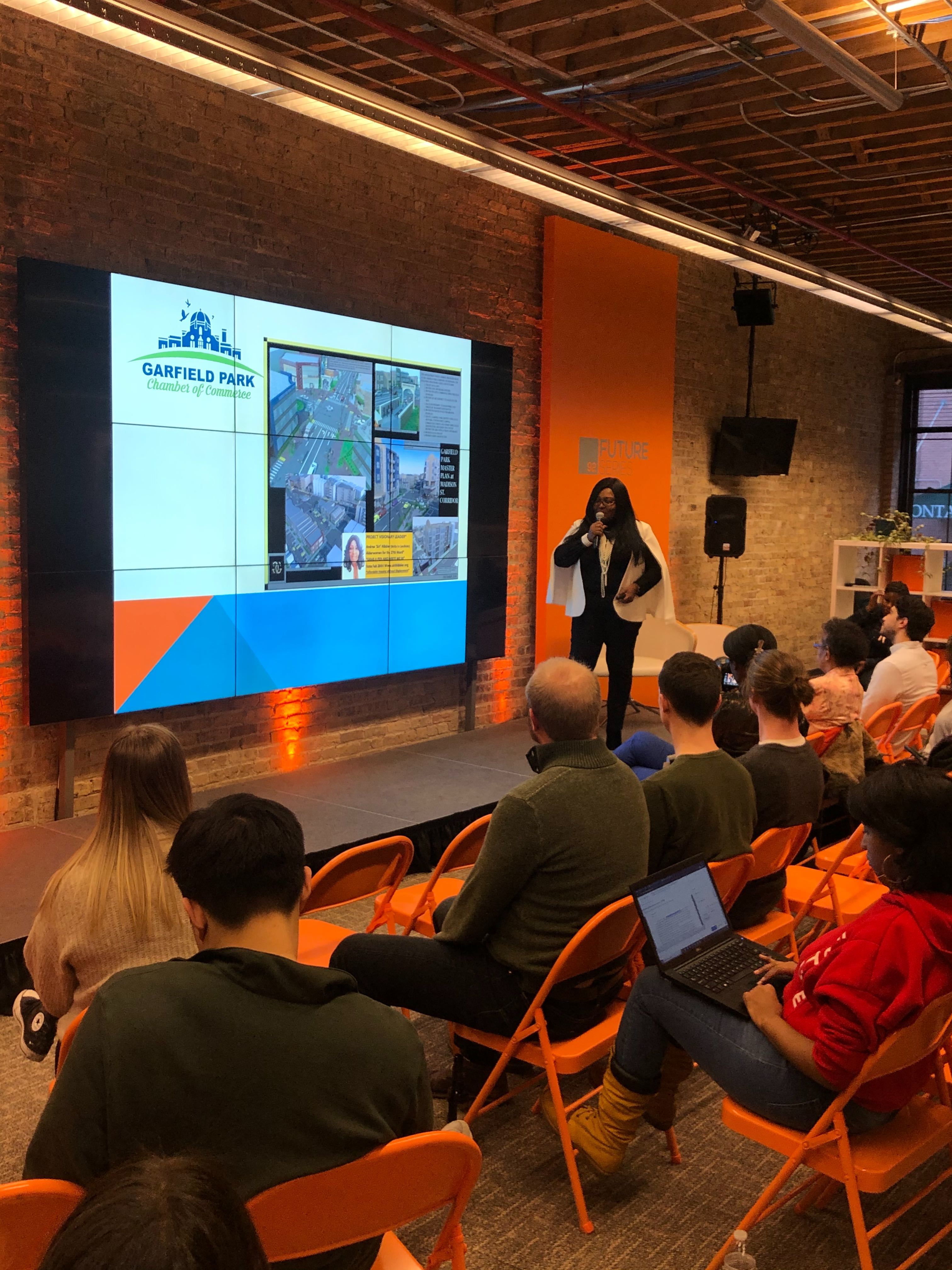 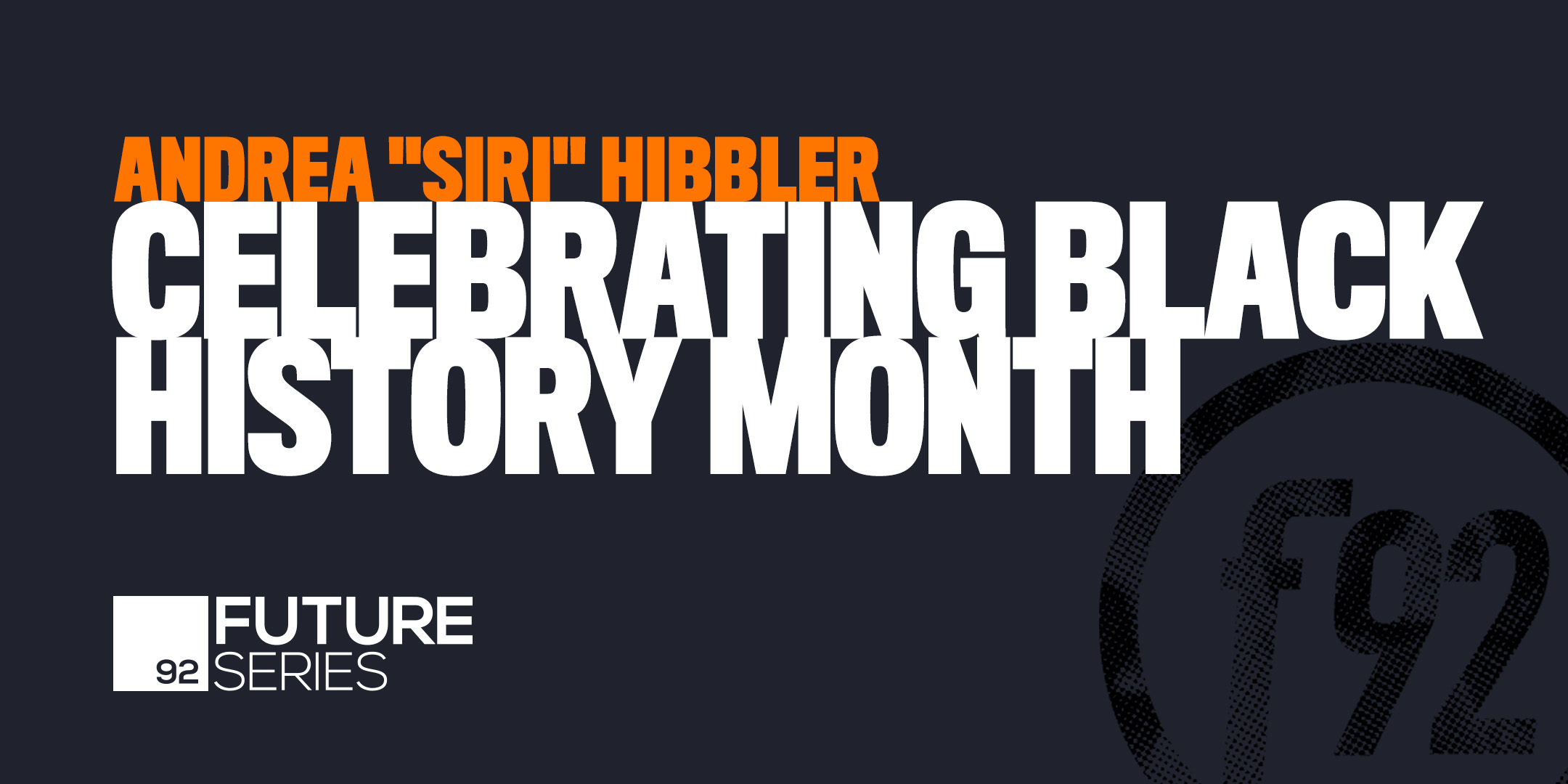 How SHE found professional success and impacted her community

To honor Black History Month, Fusion92 had the pleasure of hosting Andrea “Siri” Hibbler, chairwoman of the Garfield Park Chamber of Commerce and the founder and chairwoman of Chicago’s Black Chamber of Commerce, at our office for a Future Series keynote. Siri spoke about her experience growing local organizations, as well as her work influencing her community as a charity organizer, spokeswoman and advocate. For those who were unable to attend, here’s what you missed:

The Garfield Park native graduated from Marshall Metropolitan High School unsure of her path in life. Complications in her neighborhood and an opportunity from a friend prompted her to move to California to pursue computer technology … with no computer experience. With her mother’s encouragement to “take a chance,” Siri left her two children in their grandmother’s care and headed west.

After completing trade school in Encino, she landed a position in marketing where she taught herself new programs and gained skills she had never imagined herself capable of. With more experience came more confidence in her abilities; it prompted Siri to take another chance. She approached the company’s CEO — who she had (wrongly) assumed didn’t like her because she was black — and asked for a shot at filling her former manager’s role. He willingly awarded her the position, and she thrived.

From there, she spent time at IBM supporting the Y2K group and Transamerica, launching the trade show department managing 65 events a year. Siri left Transamerica and started her own marketing company. Working out of her dining room, she drove six figures of revenue in only six months thanks to her grit and networking. While she did eventually earn a bachelor’s degree from DePaul University, this was all accomplished with no college degree.

When she returned home to Chicago in 2016, she saw the neighborhood she grew up in had become desolate and filled with empty lots. Siri was determined to improve the living conditions in the heart of Chicago. Her contributions included placing 100 people in housing in one day, and she is currently linked with 45 housing agencies throughout the city.

Even with all that she had accomplished, she still felt as though something was missing. Drives through Garfield Park revealed a food desert, a lack of businesses and a community that was rapidly decreasing in size. She spoke to local high schoolers who voiced their desire for jobs in an area with so few options for commerce. Being solution minded, Siri reached out to the community and started a chamber. Her first goal was to build Garfield Park on the east end, adding multiple incomes to the neighborhood without the displacement that gentrification brought.

There is still much to do, but Siri is dedicated to making a long-lasting impact in the city she loves. We are extremely grateful to Siri for sharing her journey with us, as well as how we can get involved in improving local communities, and we think you will too.
LEARN MORE AND REGISTER

Click on a video below to view the full length talk. 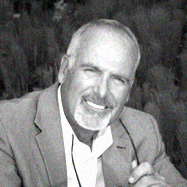 David Kord Murray
Borrowing Brilliance
Last month, Fusion92 invited noted author and entrepreneur David Kord Murray to our Chicago office for a Future Series keynote on innovation. Clients, partners and employees gathered around to hear how David’s experiences as an aerospace engineer, software entrepreneur and CEO have shaped his perspective on building tomorrow’s tech by creatively leveraging preexisting ideas. For those who weren’t able to attend, here’s what you missed. 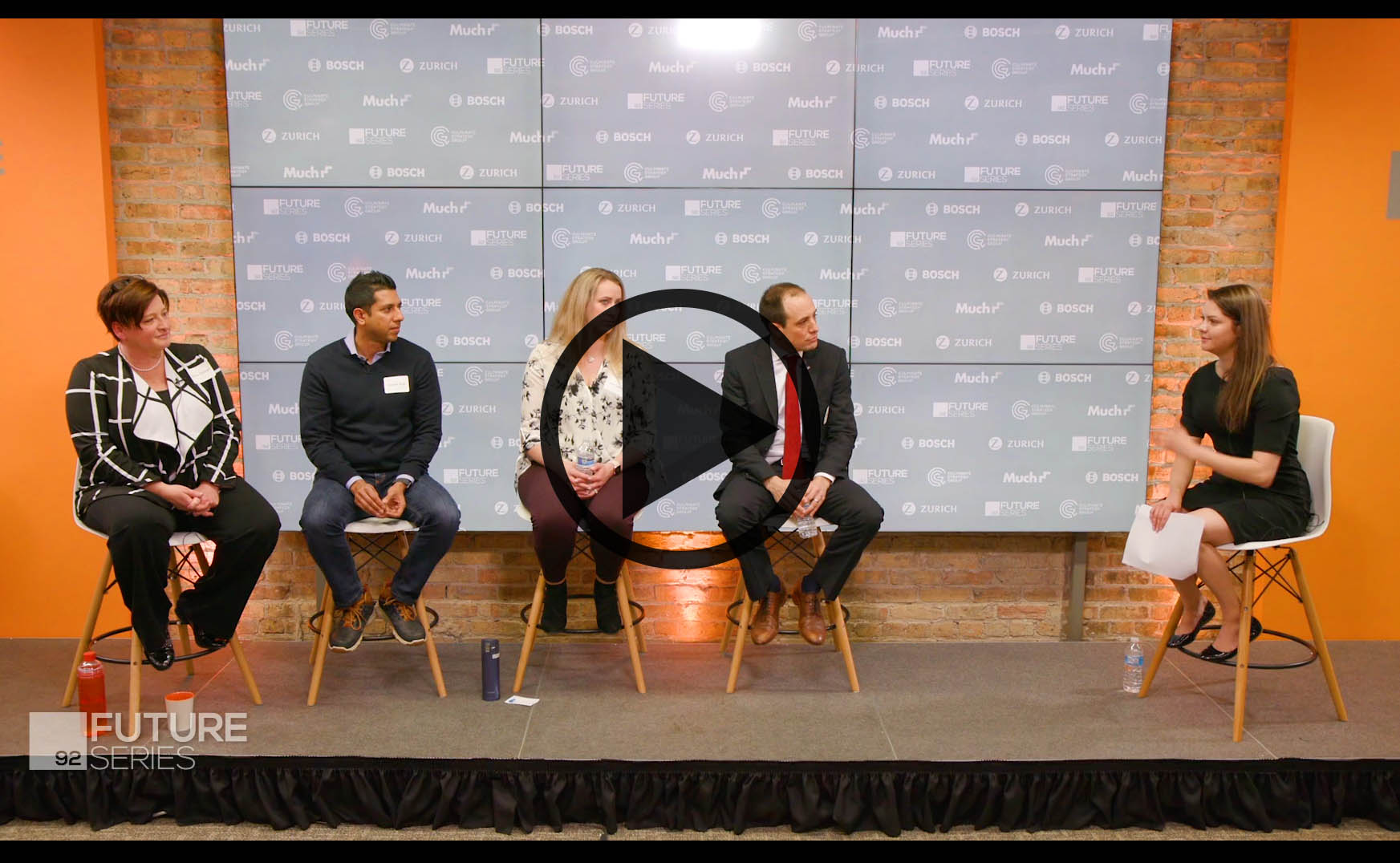 Data Privacy: Transparency vs. Compliance
This panel discussion, featuring experts across industries, focused on data privacy. Our panelists’ diverse perspectives laid out an engrossing prognostication for where ethical utilization of consumer data is headed. 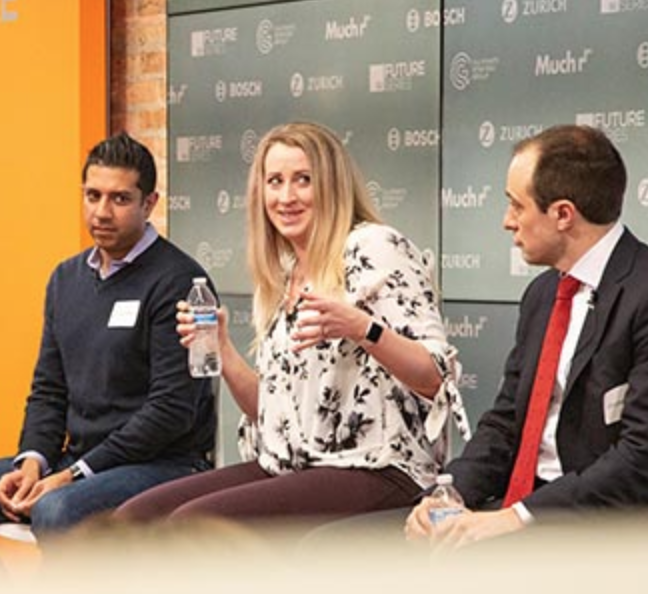 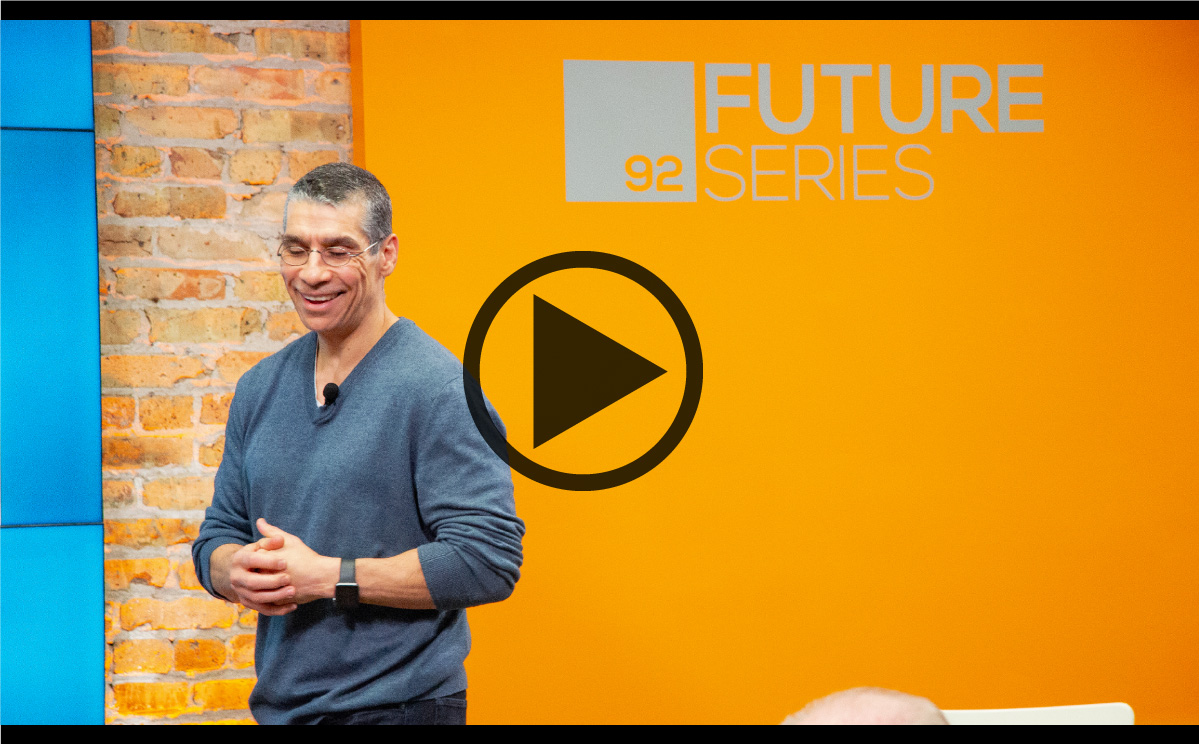 Happiness 2.0
Ash’s talk focused on how our beliefs influence our reactions to life events, in turn shaping our definition of happiness. You can read more about his 23-year journey on the subject in his work The Ten Worlds: The New Psychology of Happiness. 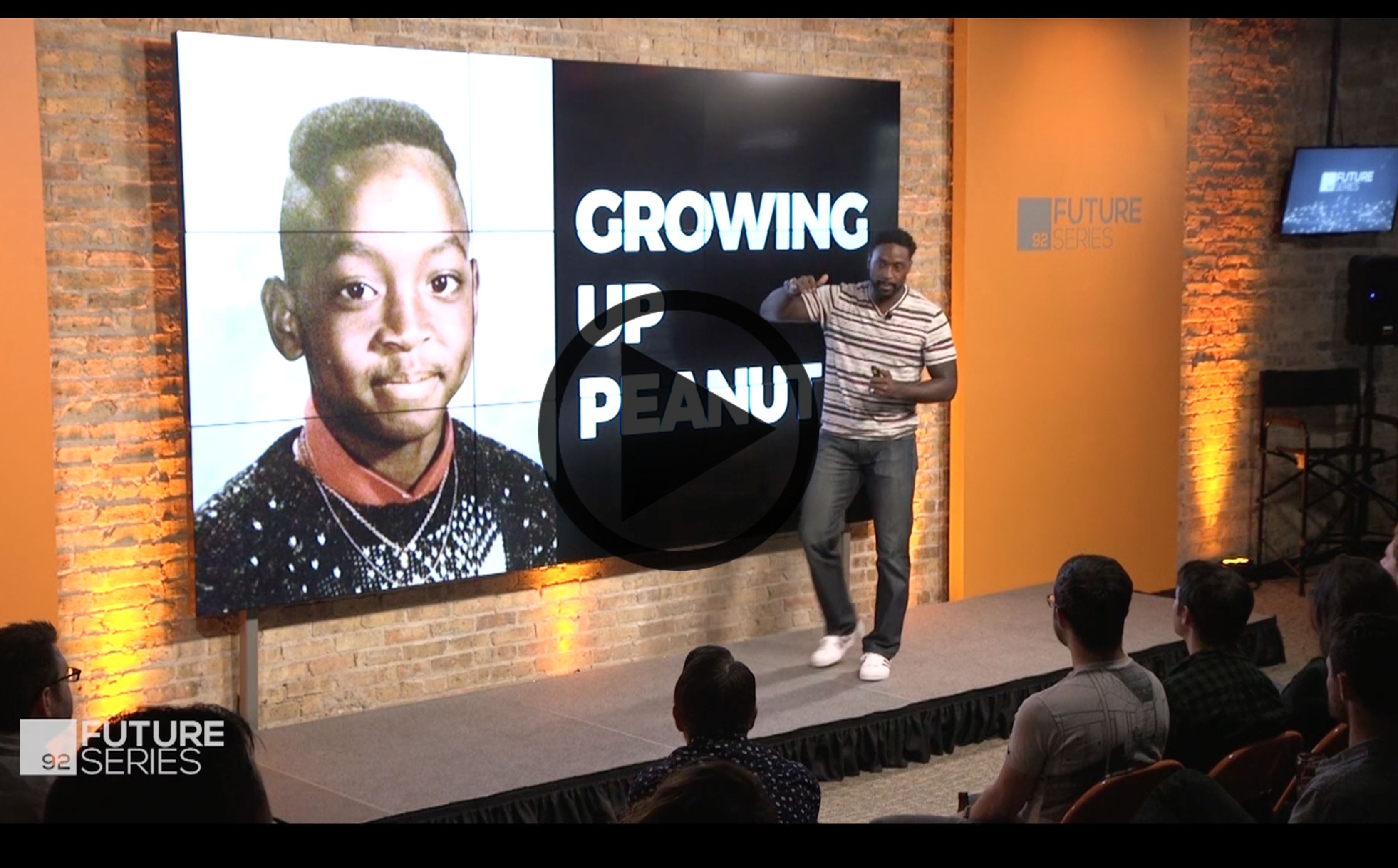 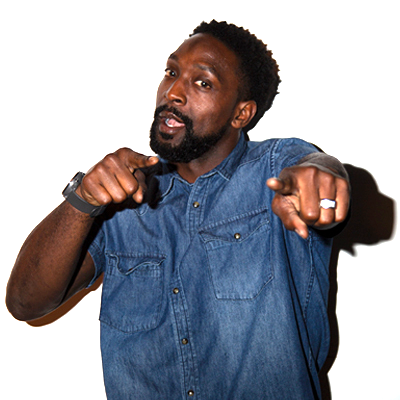 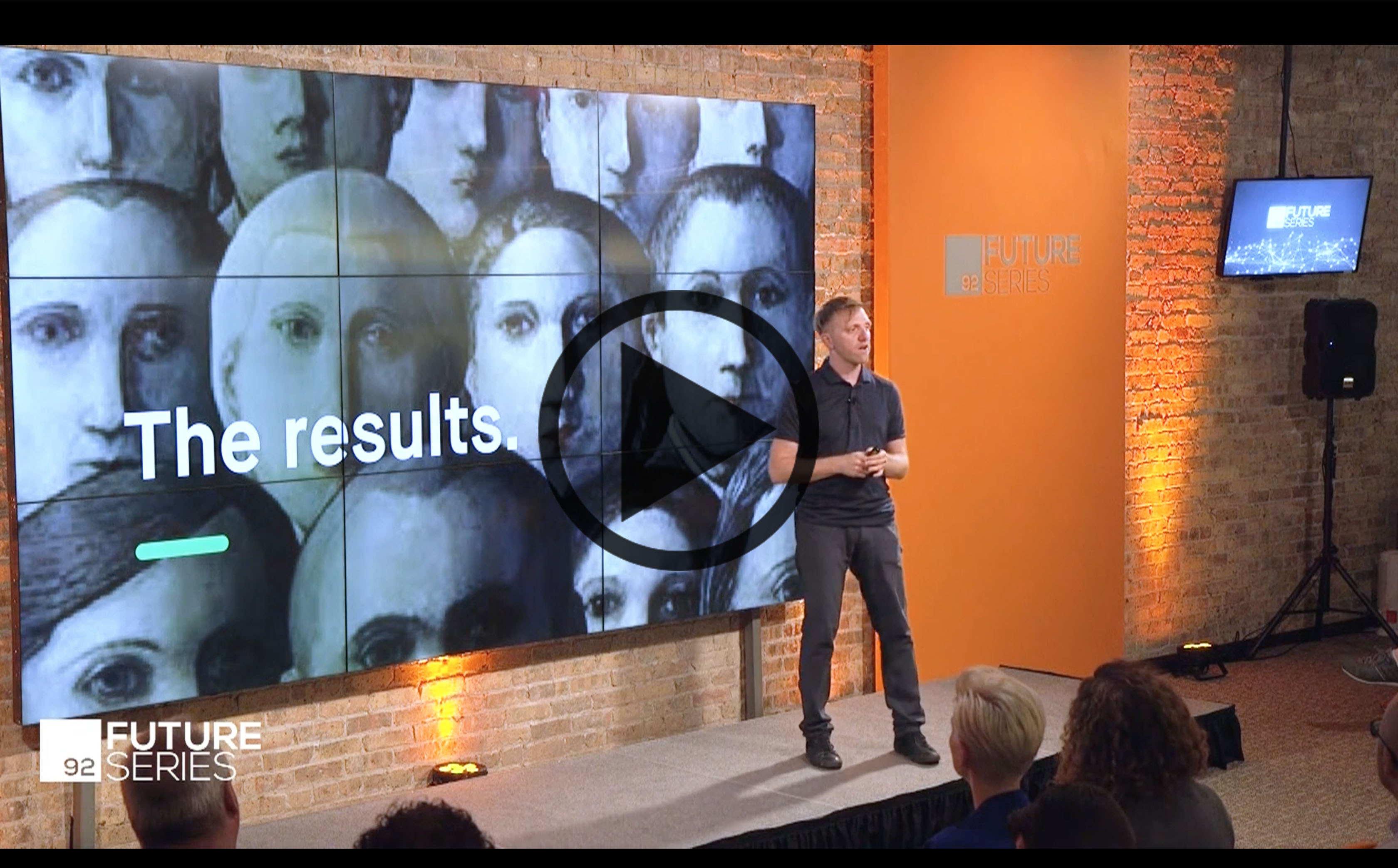 Empowering Creators
Adler’s talk, “Empowering Creators,” focuses on the simplicity of an idea, assembling a community and activating it through connection. By indulging curiosity, ideation can transform how we interact with brands and each other. 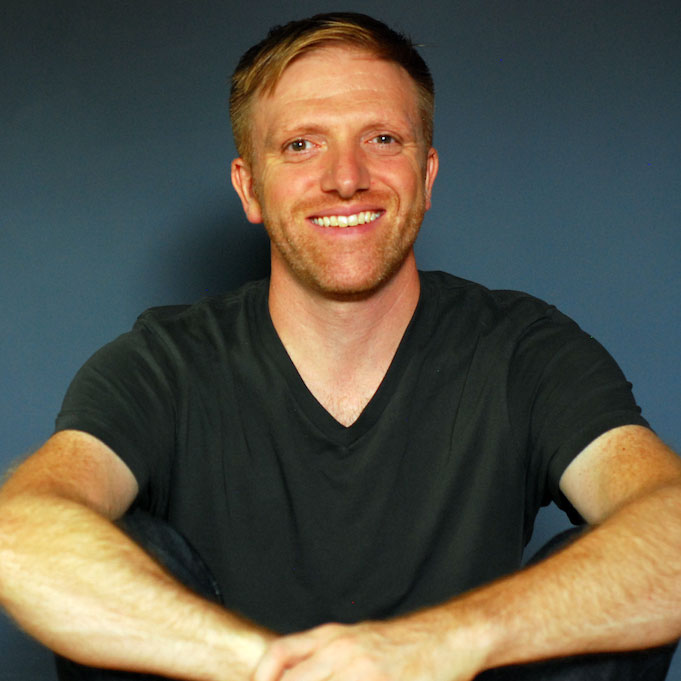 Charles Adler
Co-founder and Former Head of Design at Kickstarter 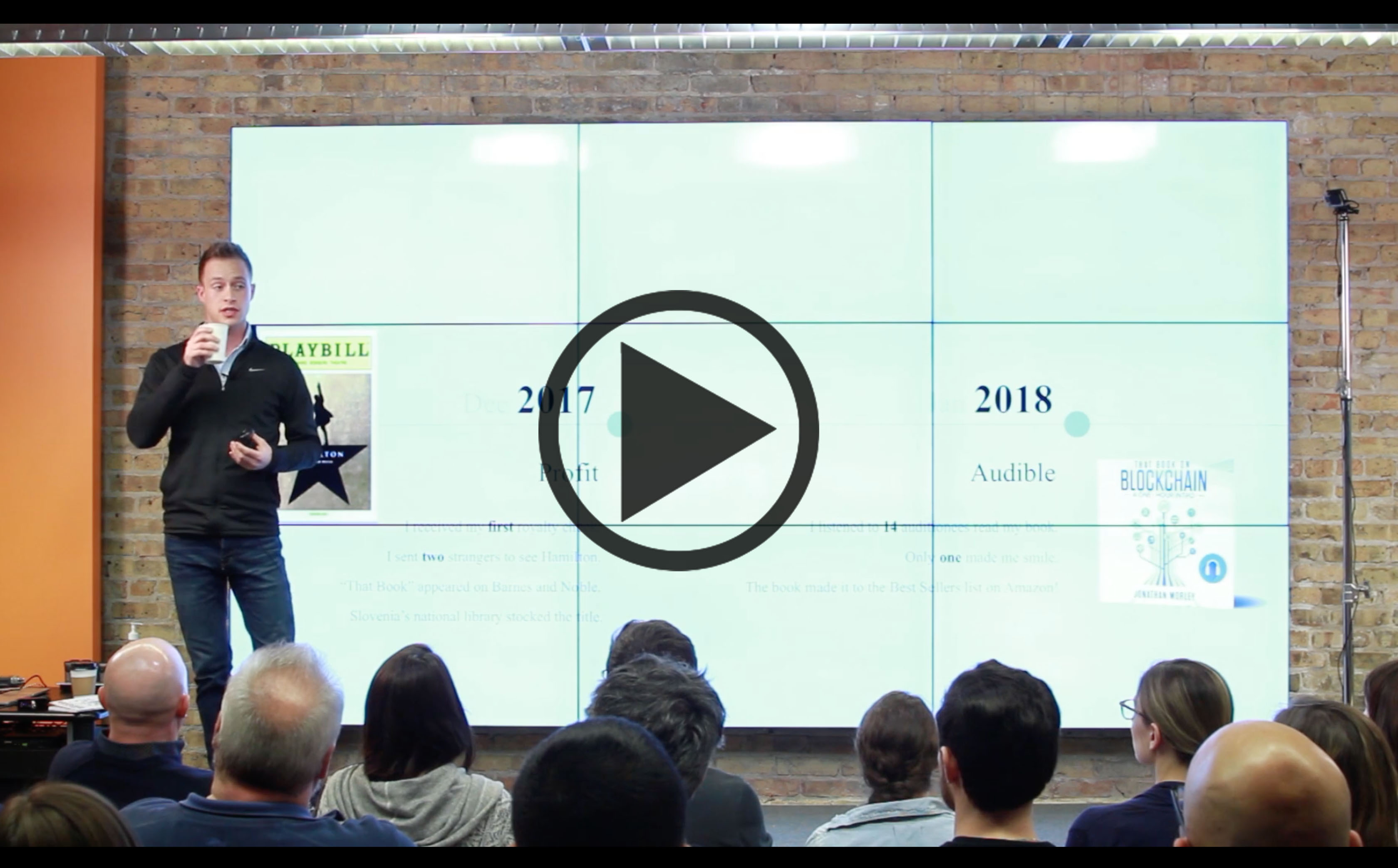 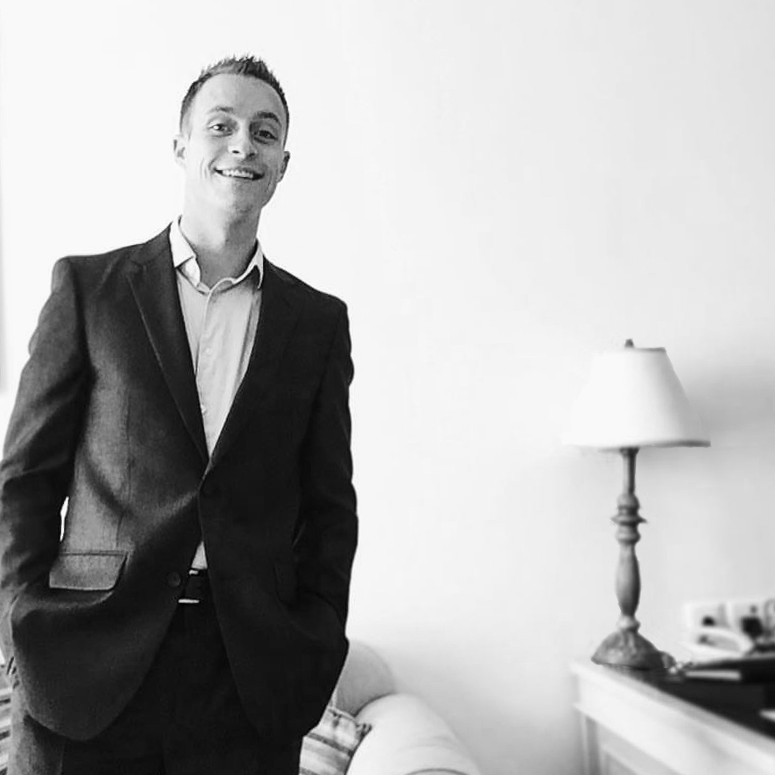 Jonathan B. Morley
Author of That Book on Blockchain 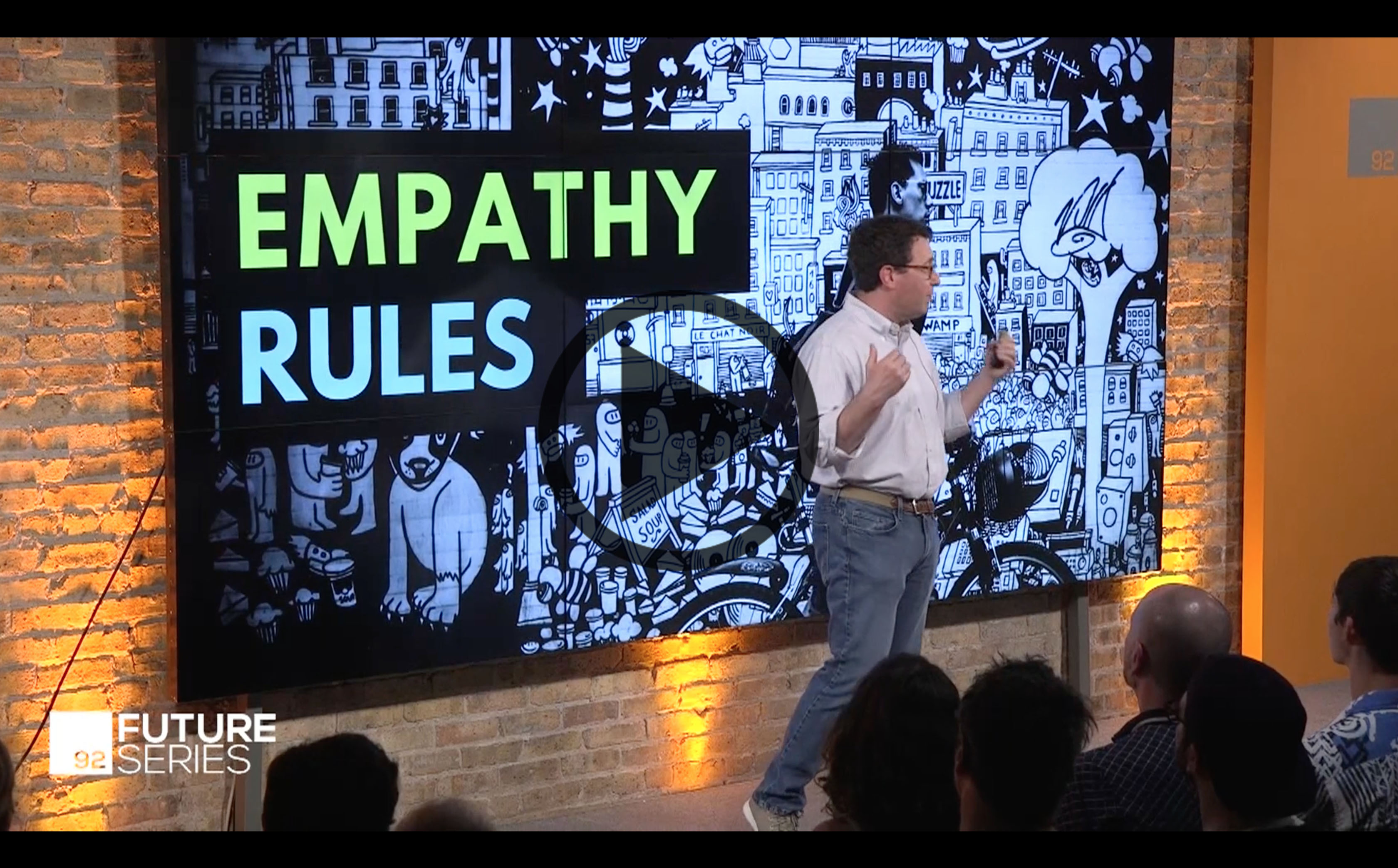 Empathy Rules – Focused on Entrepreneurship and Innovation
As a leader at Apple and subsequently a Senior Vice President at Redbox, Mark is an icon in product innovation and product launches. Mark also teaches entrepreneurship at Northwestern University’s Kellogg School of Management. 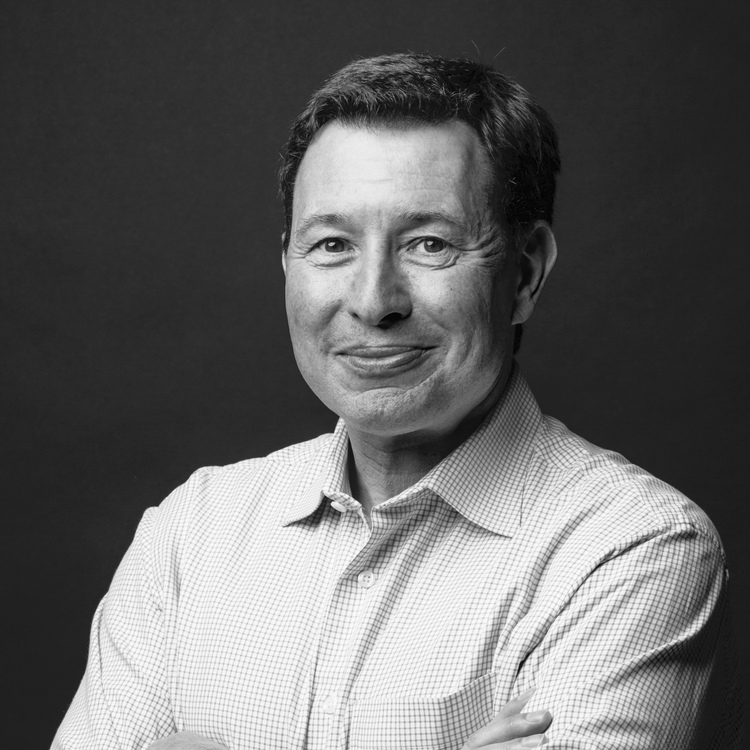 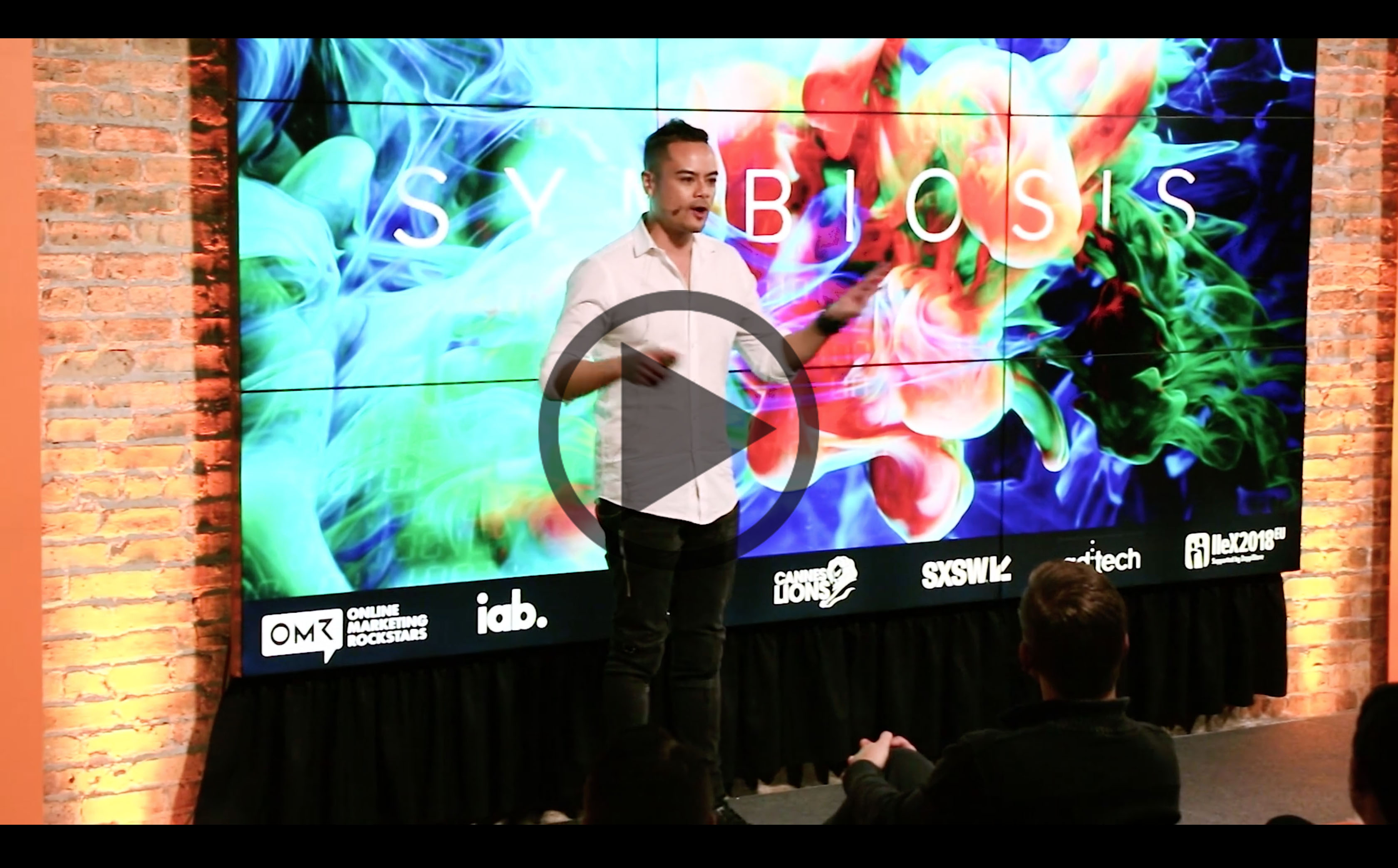 Symbiosis – Augmented Intelligence
Nikos is an award-winning author, producer, speaker and futurist. As Chief Visionary at Sizmek, a company that creates advertising solutions of the future, Nikos uncovers the hidden connections between brands and audiences, and encapsulates his findings in the daring video series, "Symbiosis." 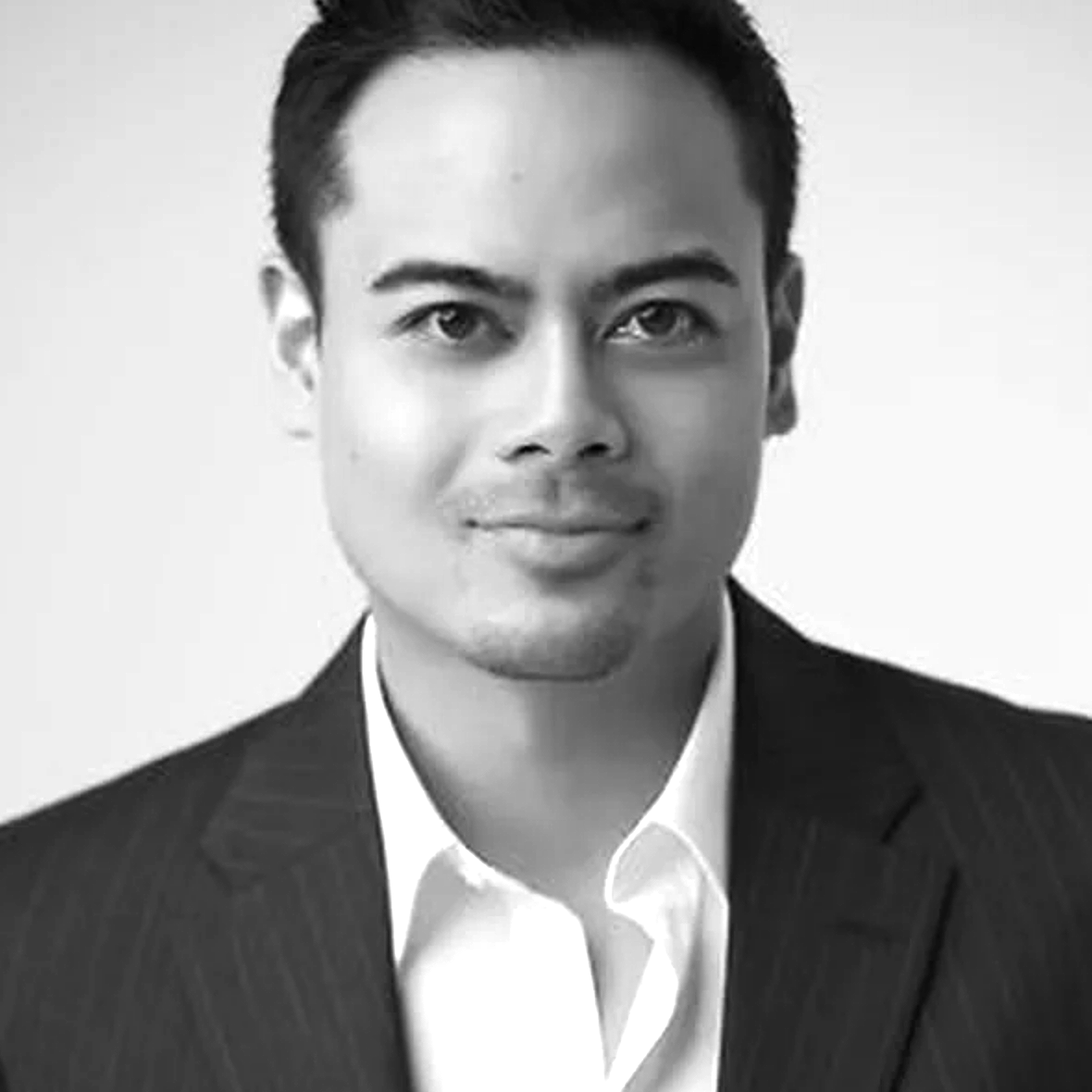